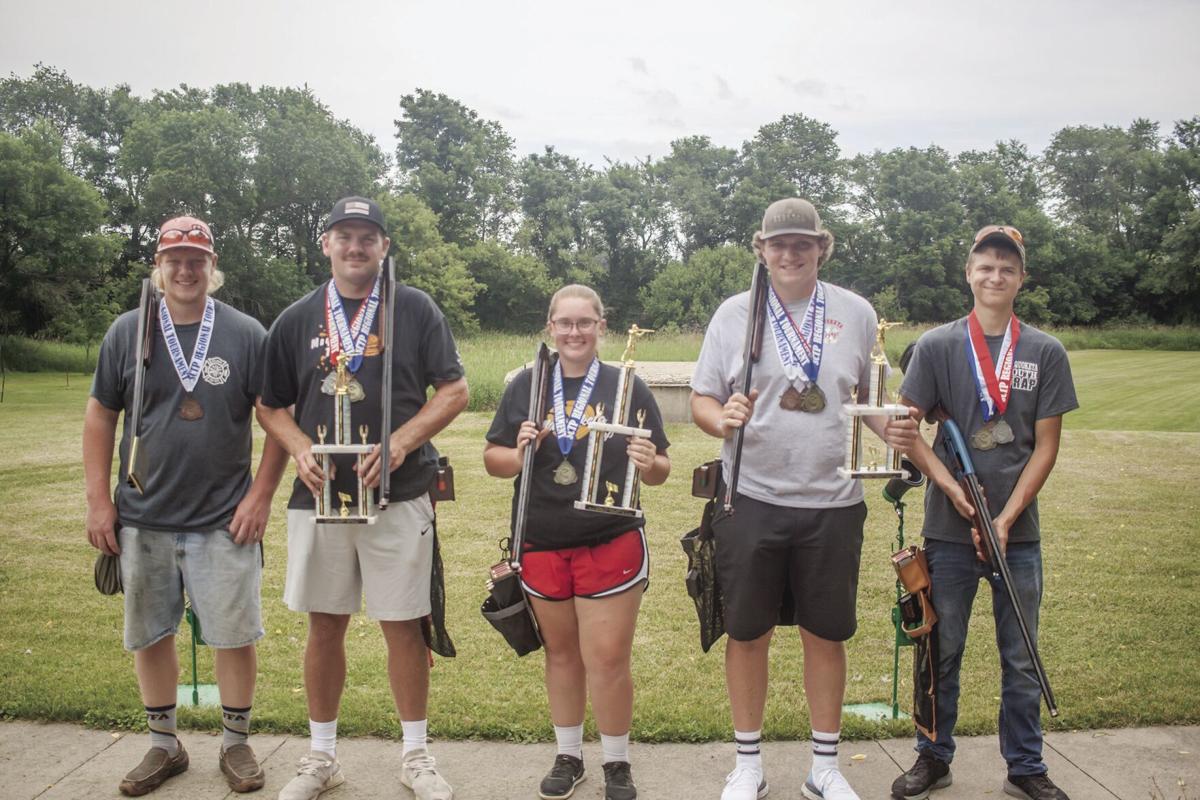 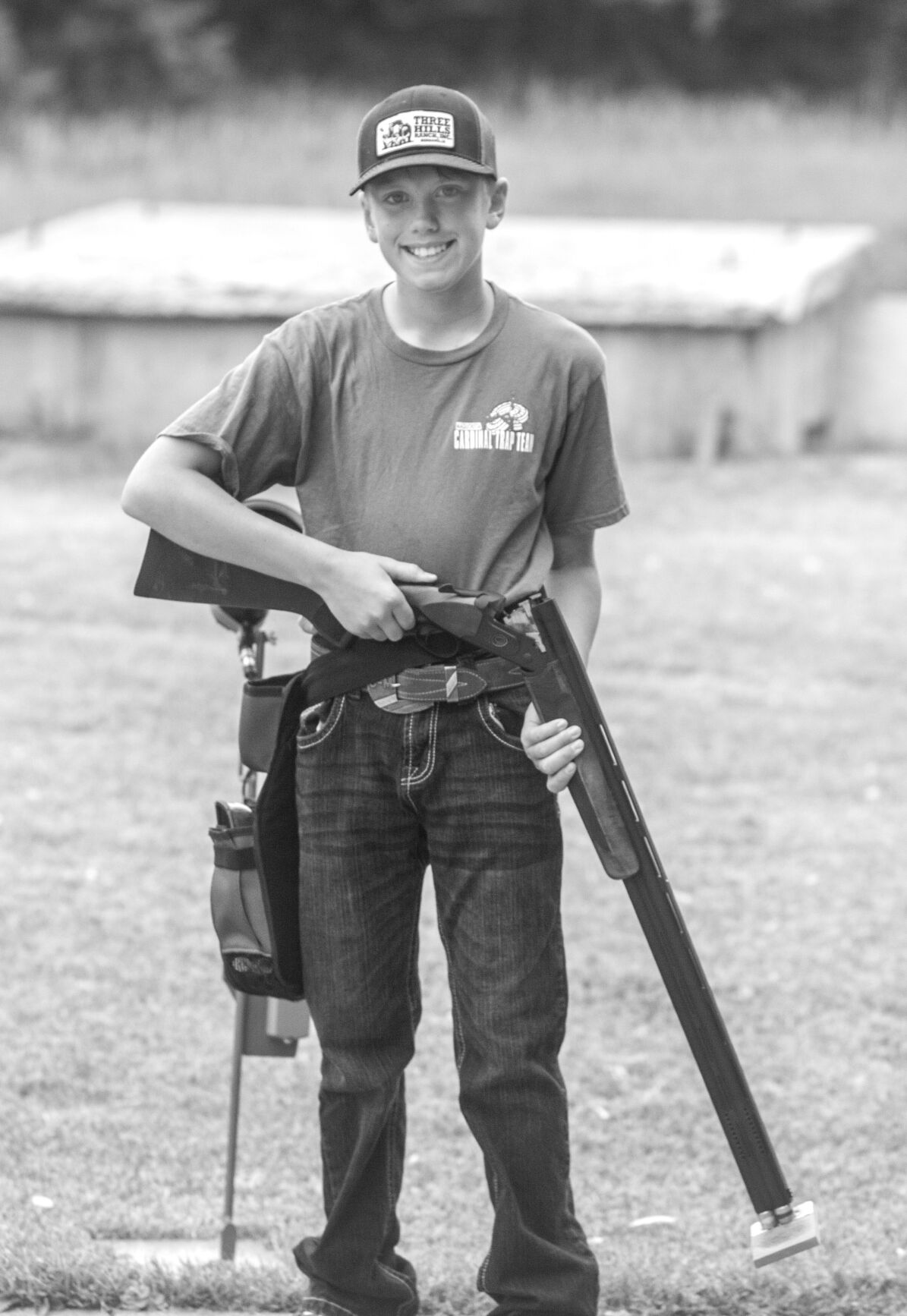 Cade Morehead, a fifth-grader from Maquoketa, shot an 85 in the intermediate division of the tournament. 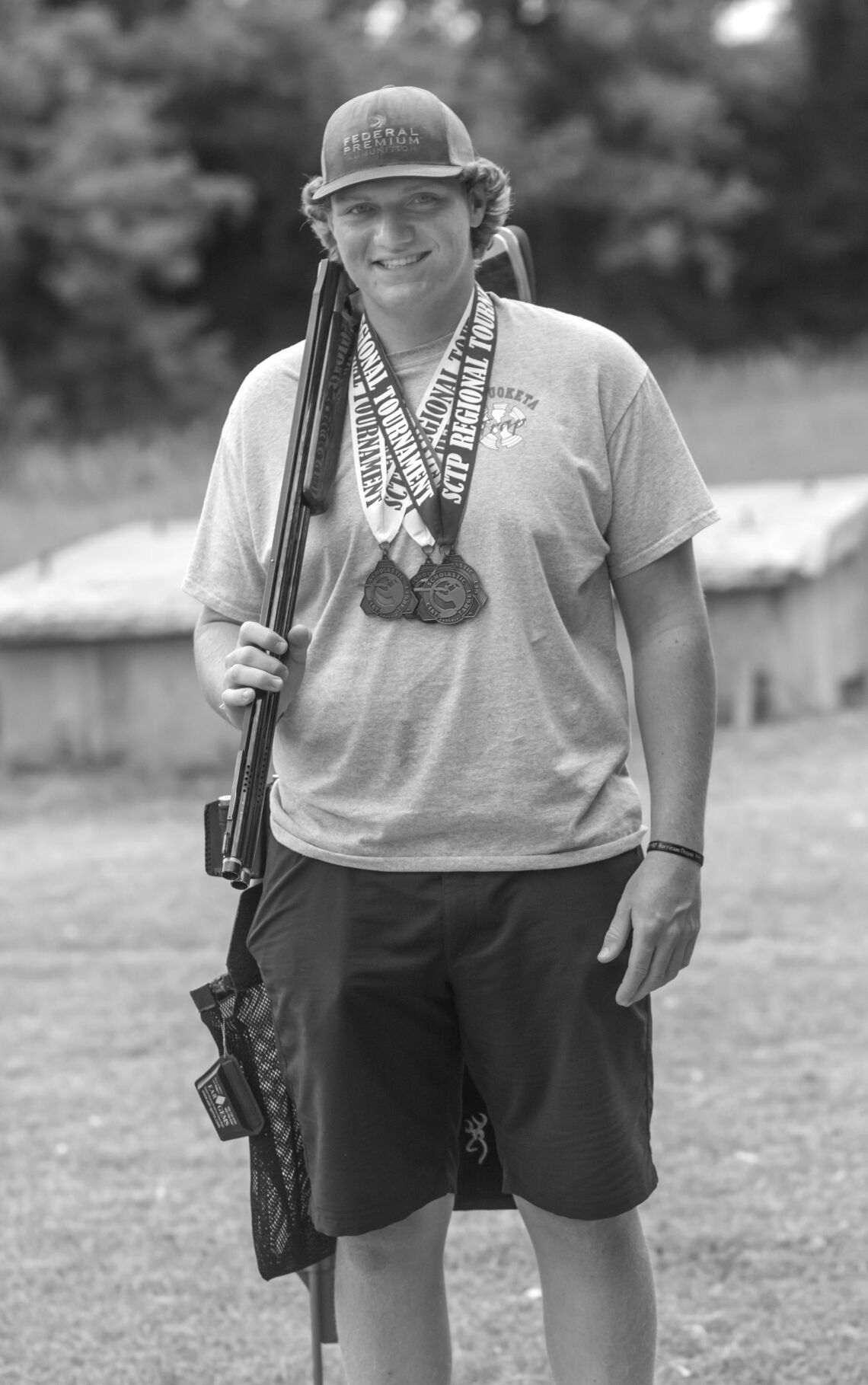 Thayne Chapin displays his three medals from the regional trap shoot in Ackley in June.

Cade Morehead, a fifth-grader from Maquoketa, shot an 85 in the intermediate division of the tournament.

Thayne Chapin displays his three medals from the regional trap shoot in Ackley in June.

The coronavirus curtailed Maquoketa’s 2020 trap season but the team came away from the virtual National Championship with top honors in singles, doubles, and handicap competitions.

But first, the team participated in the regional shoot on June 19-2, sponsored by the Stockdale Gun Club in Ackley.

Some 475 shooters from seven states participating that weekend. They came from Iowa, Kansas, Missouri, Illinois, Nebraska, Wisconsin, and Texas. Some were turned away due to limited space because of the coronavirus.

Fifth-grader Cade Morehead, a newcomer to the sport, participated in his first-ever meet and it was a big meet, not the average league meet where trap shooters get their feet wet and adjust to the competition. Morehead shot an 85 in the intermediate division.

“I was a little nervous but after the first target was in the air I calmed down and shot 85 out of 100,” Morehead said. His grandma, Marla Morehead, got Cade and his brother Sam Morehead involved in trap shooting.

Thayne Chapin placed third in doubles with a 97 and tied for 5th with 99 in singles.

The virtual National Trap Shoot was held July 15-16 at the Clinton County Sportsman Club in DeWitt. About 30 Maquoketa-area kids participated in the event, which went virtual this year as a way to limit the spread of the coronavirus.

“The Maquoketa trap team are virtual national champions in singles, handicap and doubles — yes, all three,” said coach Don Schwenker. “We shot against over 60 teams from several states and 450 total shooters.”

Scattered thunderstorms in the morning, with mostly cloudy skies late. High 87F. Winds S at 10 to 20 mph. Chance of rain 50%.

Sorry, there are no recent results for popular images.