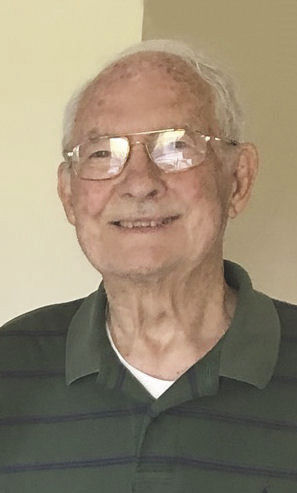 A celebration of his life was held at noon Tuesday, Jan. 7, at Carson Celebration of Life Center in Maquoketa. A memorial visitation was held prior to the service beginning at 10:30 a.m. at the funeral home. Cremation rites have been accorded and burial will be at a later date at Mount Hope Cemetery, Maquoketa.

Donald Eugene Current was born on July 9, 1933, in Maquoketa, Iowa, to James Sr. and Daisy (Wray) Current. He was a 1951 graduate of Maquoketa High School and served his country in the U.S. Army, receiving an honorable discharge. He married Evelyn Dorrean Bickford on April 17, 1955, in Maquoketa, Iowa.

Don loved his family and friends. His greatest passions were fishing, woodworking, traveling, and National Geographic. He was an active member of the Trinity-St. James United Methodist Church in Cedar Rapids.

He was preceded in death by his parents, a son Mark, brothers Robert and George Current, and a sister Beverly Durkop.

In lieu of other expressions, a Donald E. Current memorial fund has been established.

Online condolences may be left at www.CarsonAndSon.com.

Some clouds in the morning will give way to mainly sunny skies for the afternoon. High 29F. Winds NW at 10 to 20 mph.