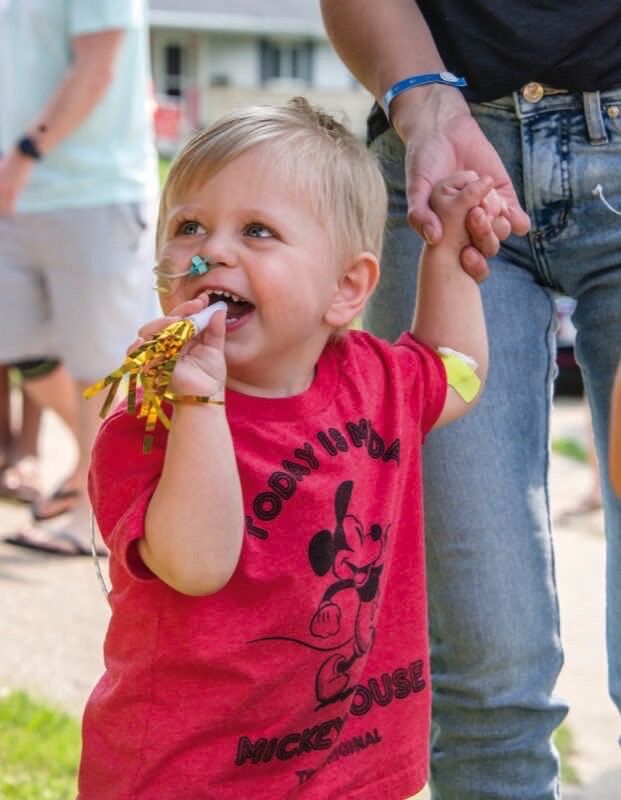 Cal Notz smiles as he prepares to blow on a kazoo presented to him by one of the dozens of people who came to celebrate his return home July 13 after almost two months of hospitalization for complications from a rare strain of E. Coli. 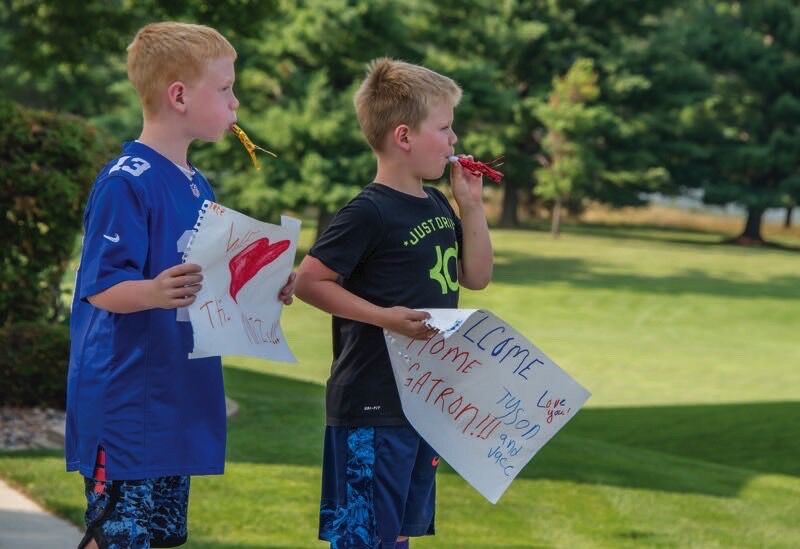 Among the crowd that lined both sides of Swagosa Drive to greet Cal were many children who held homemade signs and blew on kazoos. Here, family cousins Tyson and Jace Richter join in the celebration. 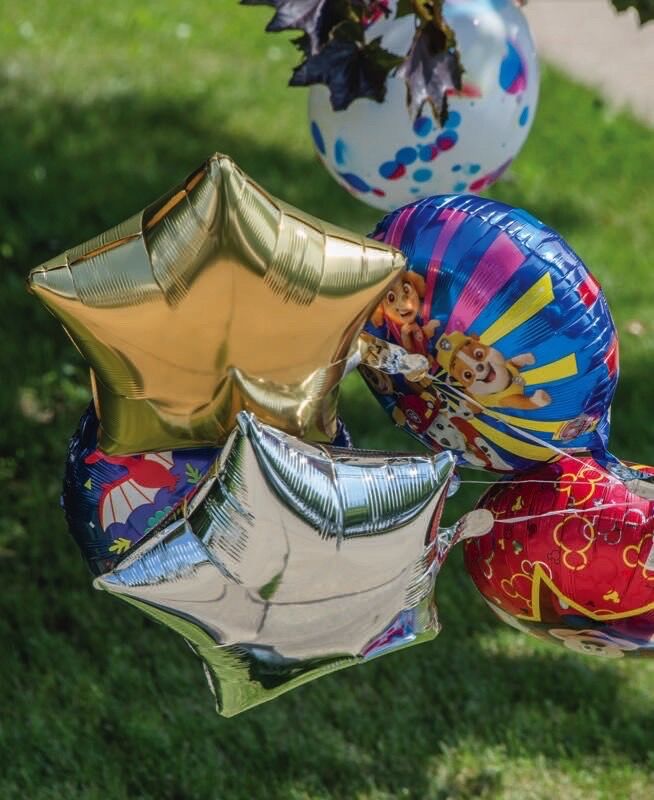 Cal Notz smiles as he prepares to blow on a kazoo presented to him by one of the dozens of people who came to celebrate his return home July 13 after almost two months of hospitalization for complications from a rare strain of E. Coli.

Among the crowd that lined both sides of Swagosa Drive to greet Cal were many children who held homemade signs and blew on kazoos. Here, family cousins Tyson and Jace Richter join in the celebration.

His parents, Matt at the wheel and Nichole in the passenger seat, waved to the dozens of friends and neighbors who staged a welcome home parade of sorts, lining the street on both sides to welcome Cal home.

Adults clapped and cheered, children held homemade signs and blew on kazoos, and colorful balloons hanging from tree branches wafted in the light breeze as Matt brought the van to a stop in front of the Notz home.

“It’s a great day,” he said upon disembarking. Cal’s older brothers, Bradyn, 11, and Asher, 6, were the first to greet him.

It was a joyful homecoming, Nichole said in a phone conversation Wednesday after having spent the first night at home with all five family members under the same roof since May 23 when Cal was hospitalized. Matt and Nichole were at his side almost constantly at the University of Iowa Stead Family Children’s Hospital as he battled a stroke, multiple seizures and other serious health setbacks that led doctors to put him in a medically induced coma for days. He received dialysis for weeks to help his damaged kidneys.

Cal is one of three Maquoketa children who were admitted to the UI hospital in late May. All three children became ill with hemolytic uremic syndrome (HUS), a kidney disease and a rare complication that can occur with a shiga toxin-producing Escherichia coli (STEC) infection. Briella Davis, 18 months, returned home June 10, while Shane Howell was released on June 18. They are both doing well, according to their parents.

Cal’s recovery so far has been nothing short of miraculous, Nichole said. But the journey ahead is more of a marathon than a sprint.

“Cal has made vast improvements, but he still has a long way to go,” Nichole said. He’ll receive occupational, physical and speech therapy locally and will go back to Iowa City for regular checkups with his nephrology and neurology teams.

He came home with a nasogastric tube for feedings because he’s not eating well, she said, possibly do to the dialysis he received or possibly from swelling in his throat caused by the long amount of time a ventilator was used when he was in an induced coma. Matt and Nichole were trained during their last days in the hospital to prepare and administer Cal’s nutrition and many medications. Now they are focused on getting into a routine with his care and resuming the “new normal” for their family.

The NG tube is something they expect won’t be necessary after more time and healing, Nichole said, adding that they will be learning as they go along, and the recovery process will require patience after all Cal has been through.

“He doesn’t have his voice back yet,” Nichole said. “They told us that his mind and body are more like a 1-year-old’s instead of a 2-year-old’s. We’ve pulled out some older toys for him, and we’ll keep watching and working with him. Cal’s needs are going to be a lot for a while. As far as we’ve come, we still have a way to go,” she said.

The severity of HUS impacted Cal’s kidneys, but Nichole said they learned from medical staff that they won’t know how severe the damage or if he has a chronic kidney issue until Cal is about 10 years old. But they will cross that bridge when they come to it, she said.

Throughout Cal’s health crisis, Nichole has shared their journey in Facebook posts and has noted many times that the they have leaned on their faith, family, friends and medical experts for support.

She and Matt are truly grateful to all the staff at the UI hospital, especially those in the pediatric intensive care unit. While they were thrilled to leave the hospital, saying good bye to the intensive care staff was particularly difficult.

“They were with us for the really hard stuff. I was just sobbing when we said goodbye. I just love them so much. Every single one of them,” she said. “They have a piece of our heart. They worked so hard to save our baby and give him back to us whole.”

They are also grateful to all the family and friends who took care of Asher and Bradyn, their home and lawn, Nichole’s business, Pure Salon, and countless other acts of kindness and support, prayers and good wishes.

“There’s so much I want to say to everybody. We are overwhelmed by all the love from all of the community. I’m not from here, but I’ve always felt very loved and welcomed. After this experience, I don’t even have words. Our hearts are just overwhelmed with the love, prayers and support we’ve received — some from people I don’t even know yet. They have all just lifted us up.”