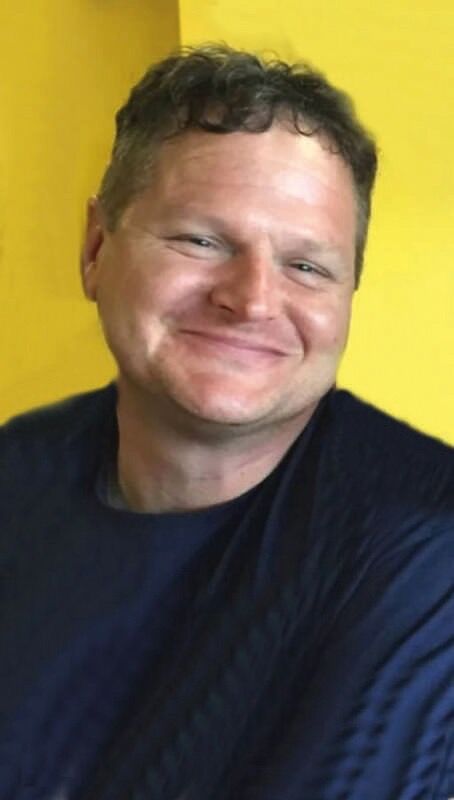 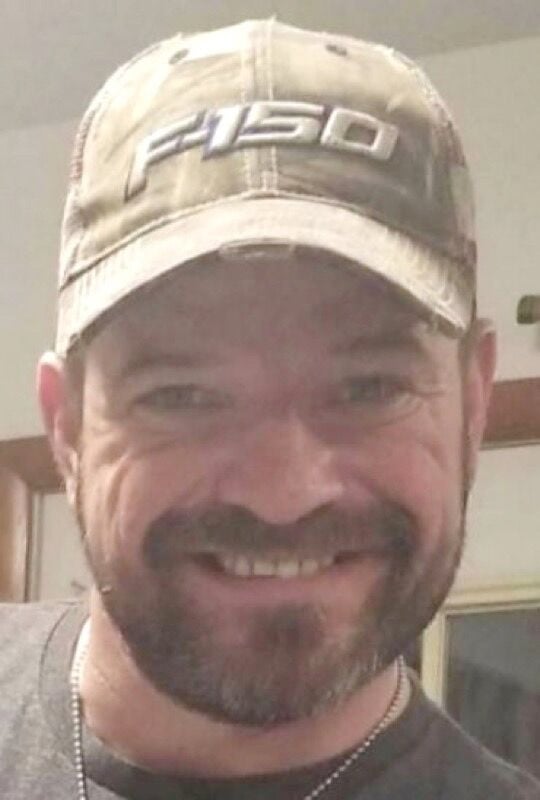 “That was him,” she said. “We were used to it. But why couldn’t he be on time that day? Maybe they’d…,” she trailed off, tears pooling in her eyes. “And (son) Caleb wouldn’t get out of the car to give me a hug or a kiss goodbye, of course. Why didn’t I just make him? I knew something felt off.”

“Coulda, woulda, shoulda,” Scott said, trying to promote the positives of living in the present because the past cannot be changed.

But, oh, to change that morning more than two weeks earlier when Gary Warren picked up Beth’s husband, David Muller, and 19-year-old son, Caleb Warren, to drive to the Quad Cities to pick up a couple cars won in an auction. The burly, deep-voiced David was riding shotgun and Caleb had folded his lanky 6’4” frame into the back of the Toyota Corolla to take a nap.

As the Maquoketa trio headed to the Quad Cities March 2, their vehicle was hit head-on by a cargo van on Highway 61 near Eldridge.

Gary and David were pronounced dead at the scene.

Caleb, in critical condition, was airlifted to the University of Iowa Hospitals and Clinics in Iowa City.

The world turned upside down, said Beth, who was driving the special education school bus for the Maquoketa Community School District when Scott’s wife Jen called her with the news. (Paramedics had found Jen’s emergency contact information inside Caleb’s wallet.)

Beth heard that Caleb was in an accident — a serious accident. She grabbed her purse and told her employer she had to leave, momma instincts immediately kicking in.

Then she learned that David and Gary were in the car, too.

And, they had died.

“I just dropped,” Beth said, reliving the moment over and over in her mind.

The impact crushed his sternum, so doctors inserted a metal plate in his chest that will be there the rest of his life.

All Caleb’s ribs were broken, often in many locations. His femur shattered and a metal rod was permanently implanted. The impact broke his collar bone and damaged some internal organs.

“The doctors told him he was lucky to be alive,” Beth said. “He was sleeping in the backseat and that’s probably what saved him.”

Caleb’s body will heal, but it’s the emotional toll the accident may take on him that worries his family.

“He’s in pretty good spirits, and it’s a long road to recovery, but the emotion hasn’t even kicked in yet,” Beth said. Caleb has talked a bit about the accident, but not in great detail.

Scott said Caleb woke up in the car after the accident and could see the scene around him. He remembers a stranger holding his hand and talking to him until paramedics arrived.

Caleb’s condition has improved. He was transferred to a rehabilitation clinic in the Quad Cities last week and may return home as early as this Friday, family said.

Blurring the familial lines: A unique family model that works

Beth, the Warrens, and the Mullers knew each other quite a long time, growing up in Rock Island, Illinois.

“When David was like 12 he told me he was going to marry me,” Beth recalled, laughing.

However, Gary put a wedding ring on her finger first. They met when Beth was 19.

“We were like oil and water, polar opposites. We could see that later,” Beth admitted.

“They were better as friends than as a couple,” added Scott, who said his younger brother was very analytical.

And Beth described herself as the exact opposite, driven by emotion.

Gary’s job selling oilfield services with the global Baker Hughes company took them across the country, and eventually took Gary to Africa, where he’d live for months at a time.

The couple had five children together before coming to the amicable decision to divorce.

“We were done emotionally long before we got divorced and we both knew it,” Beth said

Gary later met Aisha Lyanga in Nairobi, Africa, and they married in 2019. Gary returned to the United States to visit his children and family.

The combined effects of the coronavirus pandemic and the crash of crude oil prices forced Gary’s layoff; he moved into Scott’s Maquoketa basement about eight months ago and was working on a house to move into with Aisha before the March 2 accident.

After the divorce, Beth and family moved to Maquoketa to be near Scott, Jen and family.

“We always wanted to be there and help the kids to grow,” Scott said. “It’s cool just having more people, crowded in love and support.

“(David and Gary’s deaths) are testing us now, but family is what you make it and it’s all that love and support over the years that just rises to the surface now,” Scott added.

Beth and David reconnected almost four years ago and would have been married two years in July.

“When he loved you, he loved you hard. … I don’t ever think it would have been long enough,” Beth sobbed, wiping tears from her eyes. “We were supposed to grow old together.”

Despite the divorce, the non-traditional family worked cohesively to present a loving, united, supportive base for each other.

Gary and David went places together, ran errands, helped each other. They’d share a beer in the Mullers’ garage when Gary was in the country. “They were very mature about everything,” Beth said.

Beth and Gary had five children and David had three, but they never thought of their children as yours or ours, Beth said.

If they had problems with the children and Gary was in town, “Gary, Beth and David would sit down and figure it out,” Scott said.

It’s been three weeks since the blended family lost “two truly great men,” Beth said. “When it comes down to it, we’re healing. There are good days. There are bad days, days I’m walking around in a daze,” she said, her lungs suddenly heaving in deep breaths as tears spilled from her eyes again.

“I just keep thinking (David’s) going to walk back in the door,” she said amidst the tears. “He was my best friend. We did everything together.”

They thanked the family, friends, and the support of the townspeople as the families deal with their grief.

They consider their unique family dynamic — unconditional love and support — an example everyone can follow.

Scott said he enjoyed being a full-time big brother and spending the last eight months with his brother in Maquoketa.

“Don’t hold on to anger; don’t hold on to resentment. If we’ve learned anything, make amends with that person you maybe grew apart from. Mend the fence and tear down the wall,” Scott added.

“Life’s too short,” Beth interjected, eliciting both a smile and a tear at just how true those words proved on March 2.

A new radio station! Give us a listen.

Cloudy. Sprinkles or flurries possible. High near 45F. Winds NW at 5 to 10 mph.

Intervals of clouds and sunshine in the morning with more clouds for later in the day. A shower of rain or wet snow possible. High 48F. Winds NW at 10 to 20 mph.