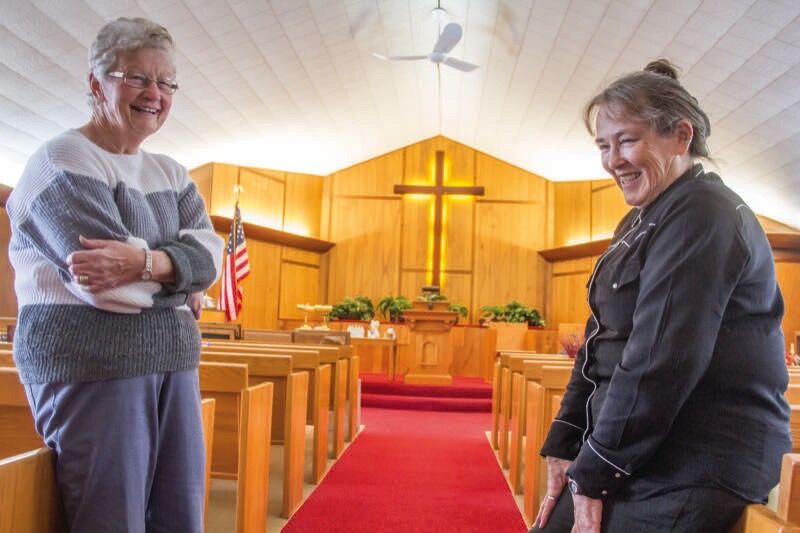 Church member Judy Tonderum and Pastor Carole Kasowski share memories inside the Maquoketa Community of Christ Church. The church will close after years of declining attendance. 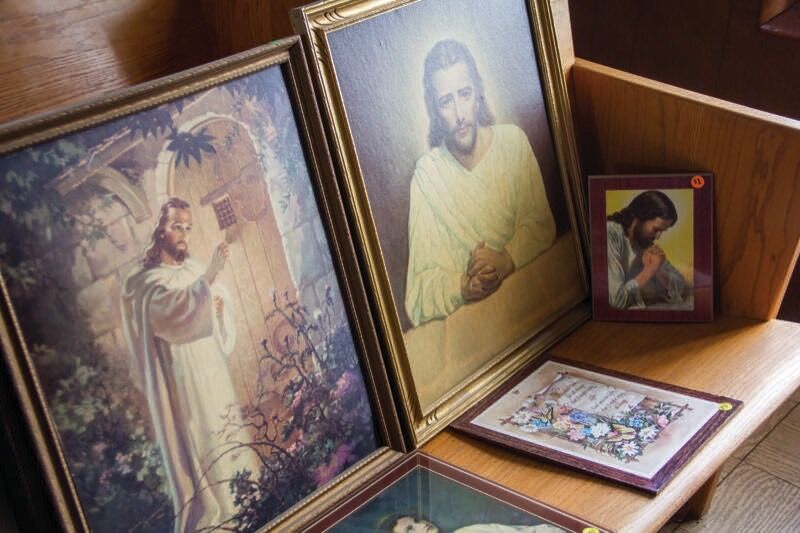 Portraits of Jesus, knickknacks both religious and secular, pews, a piano, kitchenware and various other items will be sold March 5-6 at Community of Christ Church in Maquoketa. The church closed and sale of the building is pending. 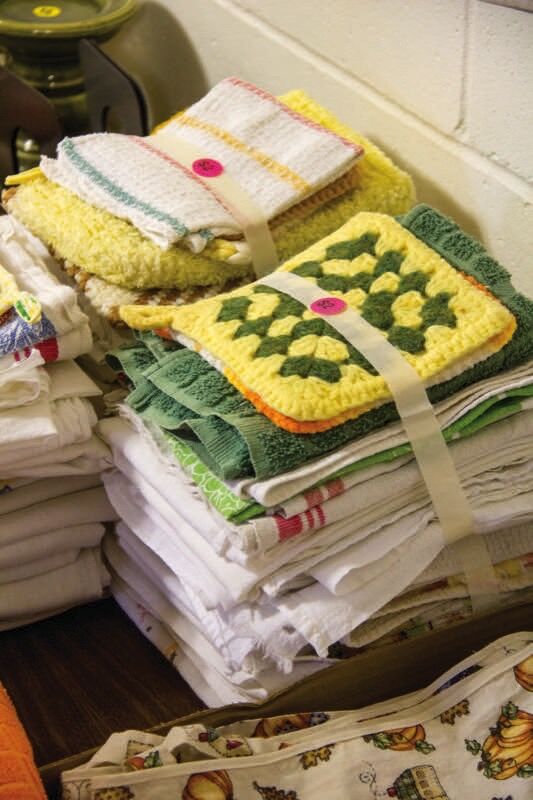 The church will be selling items March 5-6.

Church member Judy Tonderum and Pastor Carole Kasowski share memories inside the Maquoketa Community of Christ Church. The church will close after years of declining attendance.

Portraits of Jesus, knickknacks both religious and secular, pews, a piano, kitchenware and various other items will be sold March 5-6 at Community of Christ Church in Maquoketa. The church closed and sale of the building is pending.

The church will be selling items March 5-6.

As John Heide plowed his field one spring day near Fulton, a man approached, wanting to talk religion.

Heide eventually quit plowing and invited the man inside his home, where a quick visit became an afternoon of discourse on Joseph Smith and the Reorganized Church of Jesus Christ of Latter-Day Saints.

Heide’s beliefs — and that of numerous other Jackson County pioneers — aligned with the missionary’s, and thus in 1860 began Community of Christ Church, as told by Heide’s great-granddaughter, Judy Tonderum of rural Maquoketa.

But some 160 years after that first meeting, the church shuttered its doors for good.

“We suddenly found ourselves dwindled down to just a handful,” Tonderum explained, sitting with the church’s pastor, Carole Kasowski, in a hardbacked chair marked to be sold at a two-day sale starting March 5. “People moved away, their kids moved, they’re aging, they’re dying.”

“And the COVID happened,” Kasowski added.

Fewer people means less money and no way to keep the lights on or the heat going, they said.

“It’s just not enough to supply the building with what it needs,” Kasowski explained.

Church leaders and members agonized over whether to close.

“We were really starting to see the writing on the wall a couple years ago, but we just didn’t have the heart to bring it to a decision,” Tonderum said. “When the pandemic hit, we just knew we couldn’t go on.”

To prepare for the closing, church leaders allowed the Maquoketa Ministerial Association, comprised of Maquoketa and surrounding churches, to take church-related items of their choice.

The church will sell its remaining furnishings, pews, a piano, décor, kitchenware, books, etc. The sale takes place 4 p.m. to 6 p.m. March 5 and 9 a.m. to noon March 6. It is open to the public.

Sale of the building is pending.

Community of Christ Church’s belief system roots itself in the Reorganized Church of Jesus Christ of Latter-Day Saints (RLDS). The church was organized on the belief that Joseph Smith discovered a stone box containing engraved gold and brass plates, translated the words on the plates into what is known as the Book of Mormon, and founded the Church of Jesus Christ of Latter-Day Saints in 1830.

After Smith’s assassination and decades of political, social, and financial upheaval across the United States, Smith’s son reinstated the church as the RLDS in 1860. (That name officially was changed to Community of Christ in 2000.) Missionaries spread out across the country, which is how one arrived in Jackson County in 1860 to spread the word.

The local RLDS Church formed as locals from Fulton, Canton, Butternut Grove, Maquoketa, Bellevue and all points in between began meeting in each other’s homes.

The Fulton branch officially organized in 1888 with 24 people meeting in the home of John Sutton.

Tonderum has few memories of her great-grandfather but recalled people describing him as a dedicated pastor, elder, neighbor and friend. He recorded preaching more than 300 funerals during his time as an elder, and was well-known as being genteel, caring, and compassionate, Tonderum said.

The congregation built its first church for $530 in 1898 at the site of Sutton Cemetery. In 1908 the congregation began holding services in Fulton in the Odd Fellow Hall.

Two years later in 1910, the congregation bought the German Baptist Church building in Fulton, where hundreds of followers gathered every week, children held holiday programs and eagerly awaited a visit from Santa after Christmas Eve service, and the women’s group cooked meals and raised funds for charitable purposes. In later years there were holiday festivals and open houses, as well as a soup supper on election night.

Community of Christ again swelled beyond its building walls, and the congregation bought the Church of the Nazarene at Western Avenue and Wesley Drive, the current location.

Heide ministered from 1883-1940 when his son Amos, Tonderum’s grandfather, was elected elder. Tonderum’s family remained highly involved in the church since its inception.

Pastors, deacons, and other religious leaders at the local levels receive no pay for leading and ministering to the congregation, according to Kasowski, who led Community of Christ Church since her ordination in 1989 until the decision to close.

While the church is closing, the work is never done, Kasowski said.

“Our world is changing, but just because our building is closing, we’re now reaching out to each other in other ways,” she said. “Closing is bad and it is good, but we’re caring for our future.”

What: Sale of miscellaneous items