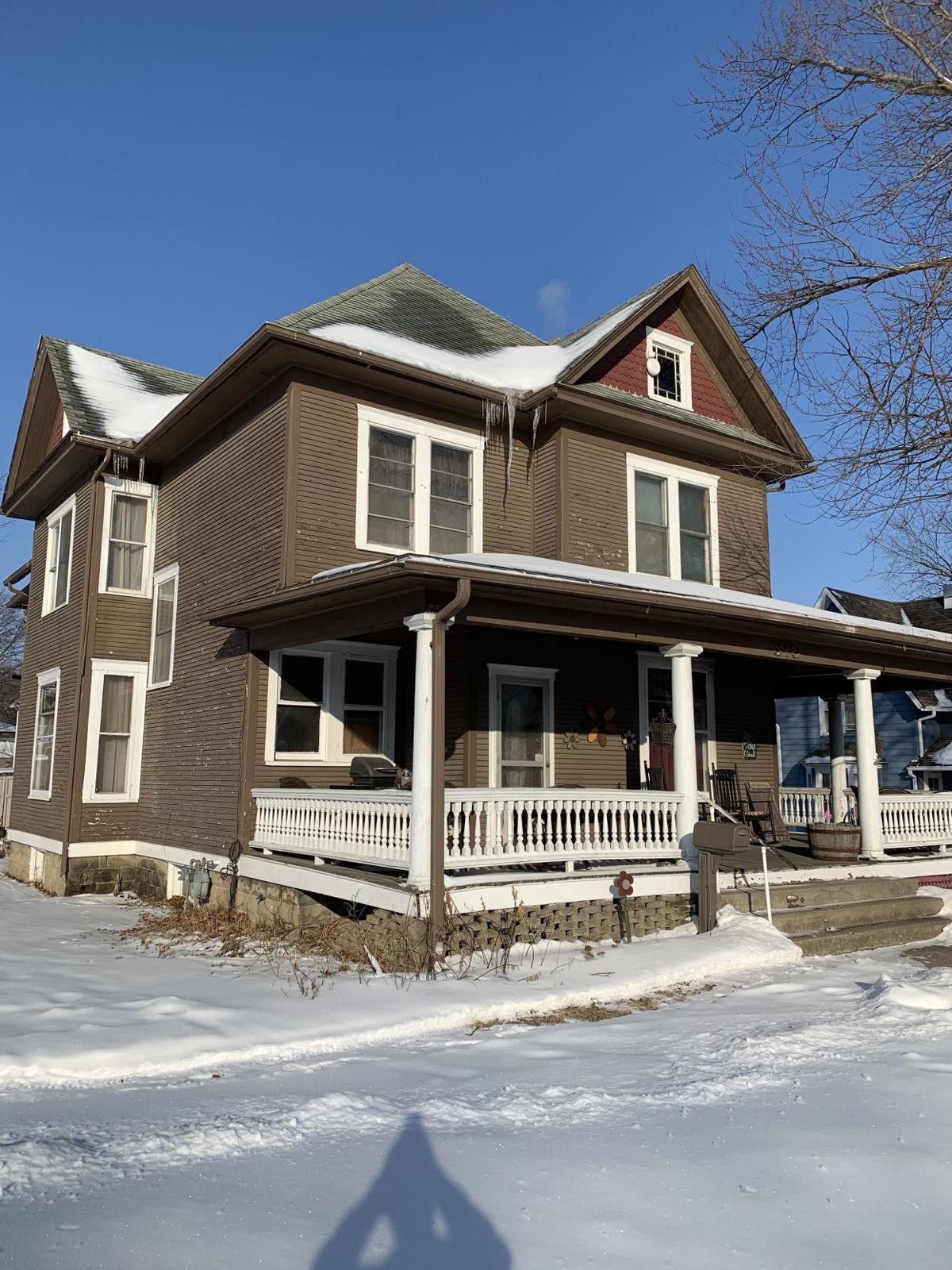 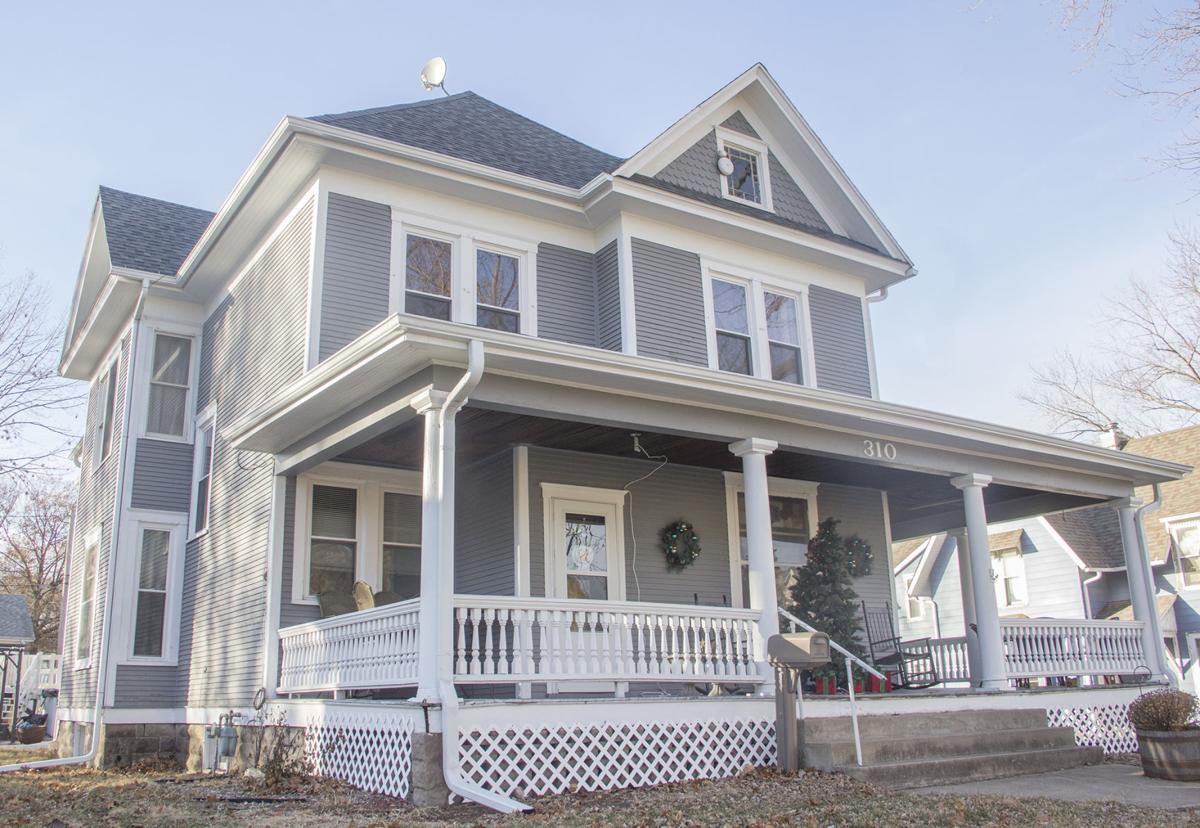 Chalette Gerischer looked out the new windows of her two-story home at 310 S. Main St., still surprised at the amount of warmth that remained inside her once drafty house built around 1904.

The Maquoketa house, which once was a hospital, received new windows, new paint on the outside, and a new roof last summer.

“We didn’t pay anything out-of-pocket, not even for the month we were out of our house,” she said.

On the advice of a neighbor, Gerischer and her husband Radd applied for the Lead Paint Healthy Homes Program, a federal grant program from the Department of Housing and Urban Development. The cities of Maquoketa and Clinton collaborated in 2018 to apply for the program and received funding. 2020 is the third year of the three-year program.

Program administrators need more Maquoketa homeowners or renters to apply for the program before the grant expires at the end of the year, according to Lead and Building Codes Inspector Walter Nims of East Central Intergovernmental Association.

“I don’t understand why people aren’t signing up for the program,” Gerischer said. “It blows my mind because the work they do is amazing and the workers are awesome.”

The program seeks to remove lead from houses where young children live and visit, especially children younger than 6. Children’s brains and nervous systems are more sensitive to the damaging effects of lead, according to the Iowa Department of Public Health (IDPH). Children and adults can get lead contamination if they breathe in or swallow lead dust or if they eat paint chips or soil containing lead. Lead has a sweet taste, which makes it appealing to eat, according to the health department.

The grant required $150,000 in local matching dollars. The two cities split the cost in thirds, with Maquoketa paying $50,000. The city paid its share through tax-increment financing dollars and the general fund in 2018.

Much of Maquoketa’s housing stock predates the federal government’s 1978 ban on consumer uses of lead-containing paint.

Five Maquoketa houses took advantage of the program, but the goal is 10 more by the end of the year.

The Gerischers’ home qualified for two programs — the Lead Paint and Healthy Homes Programs and the Community Development Block Grant. However, the CDBG funds are no longer available. Through the lead paint program, the Gerischers’ home received new windows and a new paint job.

“Because the home had a historical background and original architectural details we had to maintain the original siding and exterior trim,” Nims said. “The roof and gutters, however, were replaced through the City of Maquoketa CDBG.”

The Gerischers moved into the house about 24 years ago; they needed a larger house because they had three children, fostered scores more, and adopted two.

Gerischer said she considers the program a godsend. The two-story house has such steep pitches that she and her husband could find no one to re-roof it. ECIA found a company from Wisconsin willing to tackle the project.

The couple also noticed a savings in their heating bills thanks to the new, energy-efficient windows.

The project also motivated the Gerischers to move forward with other home-improvement projects.

How the program works

The target populations for grant help are:

νFamilies with children 6 years old or younger who live there or visit there, such as a grandchild, niece or nephew

ν Families who live in houses built before 1978

Homeowners and renters are eligible. Income qualification is based on the occupants of the dwelling.

“This is a great program for landlords because it makes the home safe for current and future tenants and addresses issues that landlords may not even know exist with a minor contribution,” Nims explained.

Owner-occupied homes and rental properties will qualify for a grant to pay for lead removal. This is free to the homeowner; however, rental property owners must pay 10 percent of the lead removal cost. The landlord is then bound for 36 months to rent that property to families who meet the eligibility guidelines.

Because funding is provided by the HUD, ECIA also looked at items to keep the home healthy.

“When in the house we look for any signs of mold, excessive dust, improper ventilation, etc., and we try to address those problems as well,” Nims said. “Sometimes we are replacing gutter systems because they have become inadequate over the years and are causing moisture problems. Sometimes we are replacing flooring because it’s too old to get all of the lead dust out completely. Sometimes we’re fixing outlets or installing vent fans. It just depends what is needed to keep the home and its residents healthy.”

An inspector will prepare a report citing if any lead mitigation is required. If work is needed, ECIA will assist the family with labor and financial needs.

“When you get accepted, they develop a plan and talk to you. They don’t make you do any changes you don’t want them to, like I didn’t want to change our big picture windows because they were original when the house was built around 1904 and we wanted to keep the stained glass,” Gerischer said.

Families must temporarily move if work is done on their home. ECIA can help arrange that as well, offering a stipend to families who must pay for lodging elsewhere.

The program paid to house the Gerischers in a hotel for a month while crews abated the lead in the house. Lead levels must measure below a target mark before families can move back in, Nims said.

Repairs take an average of seven to 10 days depending on the scope of the project. The Gerischer project took about two months because of its size.

Grant funding is available on a first-come, first-served basis.

Application forms are available on the ECIA website at ecia.org, at Operation: New View, and by contacting Kim Glaser at (563) 690-5774 or kglaser@ecia.org.

ECIA also recommends a visit to the family pediatrician to have children’s blood tested for potential lead poisoning. IDPH statistics show that 1 mg of lead dust, equivalent to three granules of sugar, is enough to poison a child.