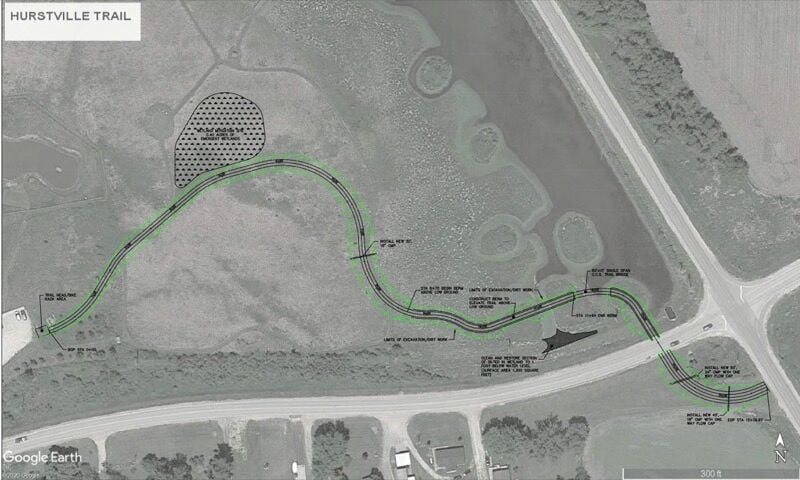 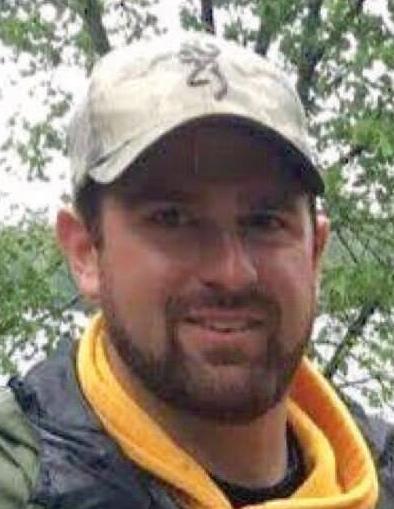 Pedestrians, bicyclists and other outdoor enthusiasts may have the opportunity to use an extended Hurstville Trail later this year.

The next phase of the Hurstville Trail could be built and completed by the end of summer if favorable bids come and other factors fall into place, according to Nathan Jones, Jackson County Conservation executive director.

The extension would connect the City of Maquoketa to the Hurstville Interpretive Center and the wetlands around it.

“We’re working on a few permitting processes and hope [to send the project to bid] in the next few months and get it started in spring and be done by the end of summer,” Jones said.

The Hurstville Trail project has been a work in progress for many years. It started as part of the Parks to People Grant Wood Loop project to encourage more people to participate in outdoor activities.

The long-term plan is to connect Prairie Creek Recreation Area on the southeast side of Maquoketa to Maquoketa Caves State Park via a paved trail system.

“I don’t know if we’ll see that [connection] in my lifetime, but it’s a pretty cool plan,” Jones said.

Part of that total 1.2-mile trail is already in place. The public can travel a paved roadway from the pavilion at Prairie Creek to Summit Street and into downtown via sidewalks. From there, the official trail picks up at the pedestrian bridge built in 2017, crossing the Maquoketa River north of the Grove Street ball diamonds. Once across the river, a paved path leads people alongside Hurstville Road until the trail ends. That trail portion was completed in 2018.

The new stretch of trail to be built will start east of the Hurstville Interpretive Center and curve through the prairie before passing alongside the swan habitat. Users will traverse a bridge across the wetlands to give them a better view of the unique landscape.

They would then cross the road to the west of the center’s water control structure near the corner of 63rd Street and Hurstville Road. Tentative plans call for a push-button light system at that junction.

“The paved trail will allow us to do more handicapped-accessible programs and gives people more access to the wetlands,” Jones said. Another wetland also will be developed next to the swan pen.

This new stretch of trail comes with an estimated price tag of $266,440, which has been paid for through multiple grants, donations, and fundraising. The City of Maquoketa, for example, received a $200,000 grant for the project, and Friends of Jackson County Conservation raised more than $28,000 to put toward the trail.

Trail plans await state approval and permits, but Jackson County Conservation should be able to solicit bids within a month or two, Jones said.

Some clouds this evening will give way to mainly clear skies overnight. Low near 25F. Winds W at 10 to 20 mph.

Some clouds this evening will give way to mainly clear skies overnight. Low near 25F. Winds W at 10 to 20 mph.