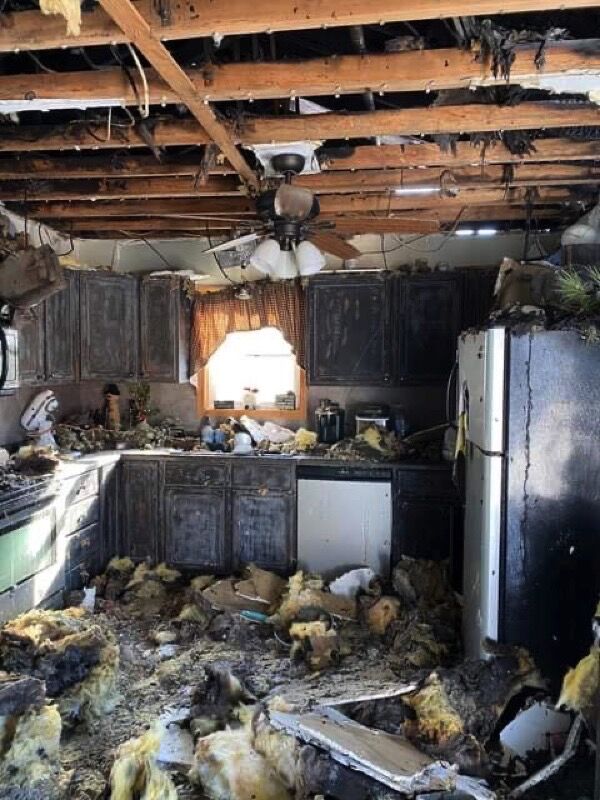 The kitchen at 909 Kathey Drive was a total loss after fire ripped through the garage and into the house Feb. 13. 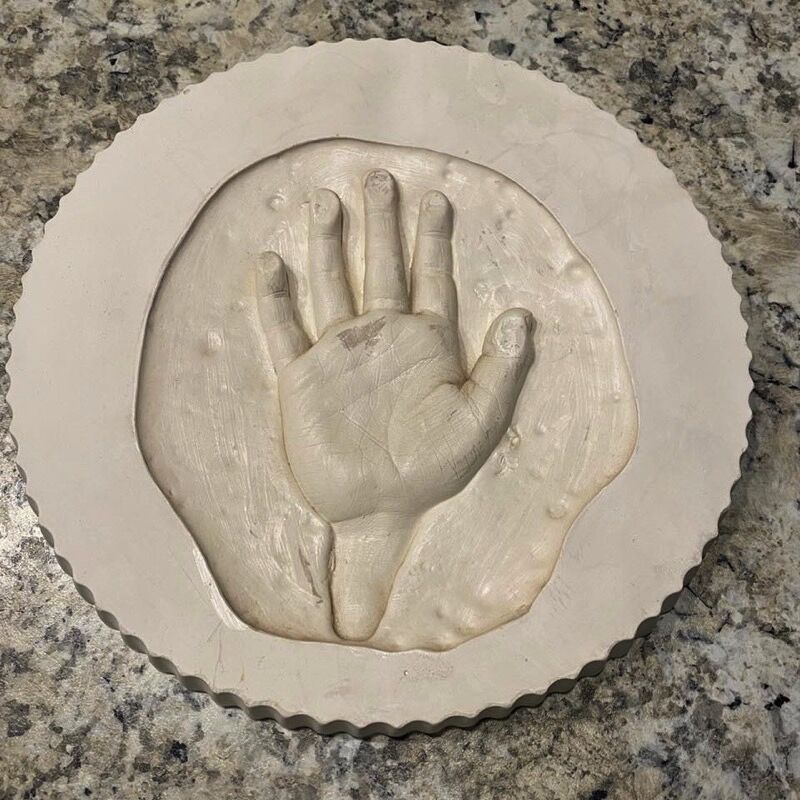 Mason Manning saved his late sister’s handprint from the fire.

The kitchen at 909 Kathey Drive was a total loss after fire ripped through the garage and into the house Feb. 13.

Mason Manning saved his late sister’s handprint from the fire.

She knew her 19-year-old son and pets were out safely, but one thought played on rewind through Jeanie Manning’s mind.

“I want Maddy’s handprint,” she cried out as she and Norm Dudley approached their Maquoketa home, which was engulfed in flames Feb. 13.

“I saw (son) Mason standing by the mailbox when we pulled up and I was crying and yelling about the handprint and Mason yelled, ‘Mom, I have it,’” Manning recalled about four days after a fire started in the family’s garage at 909 Kathey Drive and consumed most of their house.

No one was injured in the blaze nor due to the sub-zero temperatures and windchill when the fire was reported at about 8:22 p.m., according to Maquoketa Fire Chief Matt Tranel.

“The weather did cause a freezing hose line and slippery conditions on scene, Tranel said. “Water froze on firefighters gear, creating limited mobility while trying to work the fire scene.”

The home was insured, and the family secured temporary housing until they can rebuild, Manning said.

Mason Manning, 19, was the only person in the house Feb. 13 when he “noticed a glow from the garage sidewall” while putting the family dogs outside, Jeanie Manning said. He opened the garage door, saw smoke and flames, and called 911, she said.

The garage was on fire when the Maquoketa Fire Department arrived, then spread to the house and to a camper parked in the driveway, Tranel said.

The cause of the fire remains under investigation, the fire chief said.

The family derived its income from the wholesale sign and furniture company it operated out of the garage. They sell signs, make some furniture, wood block sets, and do screen printing on wood. Locals might have seen some of their wooden wares for sale locally at Make a Splash in downtown Maquoketa.

The family lost all the stock they were working on as well as all the tools needed to make their products.

“They’re just melted on the floor of the garage,” Manning described. “We’re out of work until we get the house and garage rebuilt.”

“We didn’t want that,” she said of the fundraising. “We’re the people who like to give to others and don’t want to be given to. But it’s so heartwarming and touching to know that our community cares so much.”

The family’s hope, Manning said, is to take the next two weeks to regroup and take care of immediate needs while in the rental home. In a couple months, weather cooperating, they’ll be able to rebuild the house and their business, she said.

The family expressed gratitude to the firefighters and the community for their support during this challenging time.

Some neighbors offered to open their homes as warming stations for the freezing firefighters and other emergency personnel, including Mega Ajroja of Main Street Café. Tranel said his men appreciated the efforts but did not utilize those warming centers.

Manning offered especial praise to Maquoketa’s volunteer fire department for going out of their way to save the family’s belongings as they fought the fire in frigid temperatures.

Manning lost her 9-year-old daughter, Madison Bohannon, to cancer in 2008. Firefighters located a trunk filled with her mementos in the living room of the burning home and hauled it out to safety across the street.

Living in a small town makes such difficult times easier to bear, she added.

“We can’t thank the community enough. They’ve been so over-the-top with generosity and thoughts and prayers,” Manning said.

“It was a horrible, tragic event that happened, but we’re very blessed to live in a small community.”