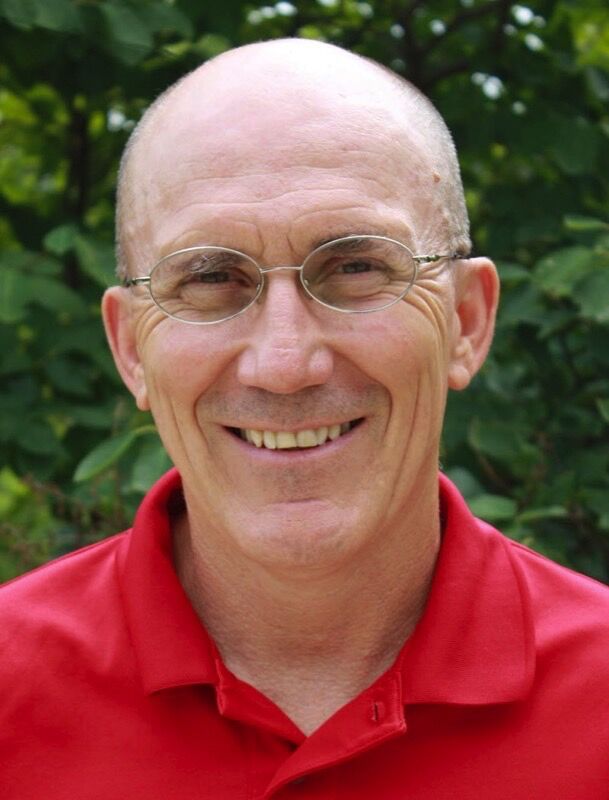 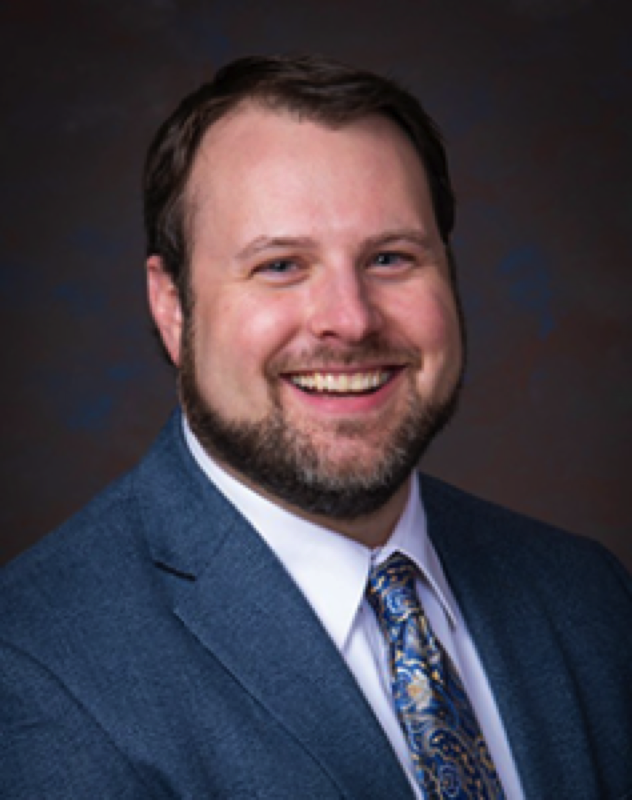 “The issue is finding people. Period.” 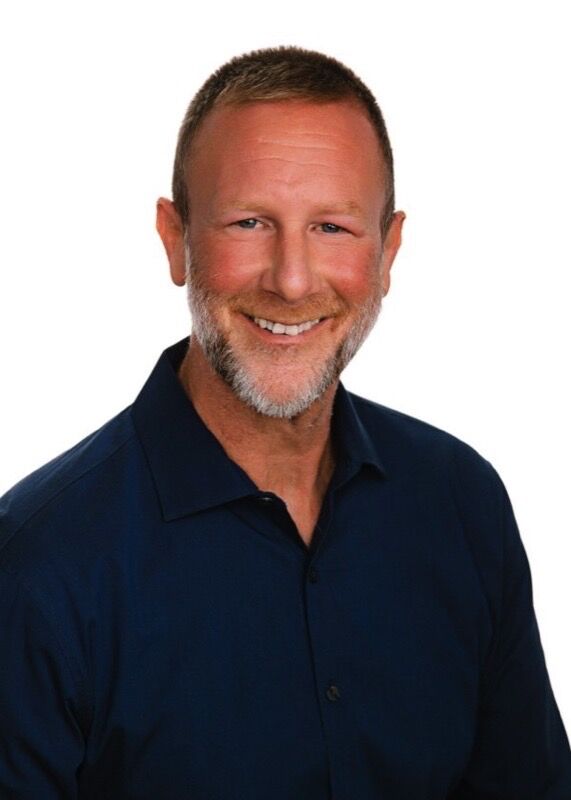 Second Street Station in Bellevue is known for its pizza, beverages, and a social atmosphere.

Owners closed the Bellevue restaurant to dine-in customers more than a year ago due to the pandemic but operate four days a week for carryout orders.

“We want to open back up, but we can’t find the employees we need,” said Jan Brinker.

But those employees aren’t coming.

The scene is repeated at Wendling Quarries, which human resources supervisor Rita Crist said is struggling to get people through the door to fill positions for shop mechanics, truck drivers and equipment operators.

These situations are not unique. Across Iowa, in almost every workforce sector, employers say they can’t find applicants to fill open positions.

The employee shortage equivocates to long lines at retail stores, possible production slow-downs, and overburdened existing staff. It can mean logistical issues in supply chains and increased prices for goods and services.

People are the key, according to Andy Sokolovich, vice president of economic development at Clinton Regional Development Corporation.

“The issue is finding people. Period,” he said. “That’s what it comes down to. It’s a matter of heart beats right now, or people willing to do the work. It’s (that way) with all our industrial partners.”

Without an adequately sized workforce, companies cannot grow, according to Angela Rheingans, executive director of the DeWitt Chamber & Development Company.

“When I speak to businesses, they say the number one obstacle for growth for them is workforce,” Rheingans said. “They could grow if they had the workforce.”

The coronavirus pandemic is the major cause for the labor shortage, according to Dave Swenson, economist and research scientist at Iowa State University.

“While the U.S. labor force rebounded some when job numbers increased a year ago, Iowa’s labor force numbers did not recover,” Swenson said.

Contributing to that were parents (mostly women) who stayed home to care for children, people with health issues who stopped work or stopped looking, people who contracted COVID and have not recovered, and those who died, he explained.

According to the Bureau of Labor Statistics, the greatest losses were among people age 24 and younger and people aged 45-54. Also contributing were higher rates of retirements.

“Nonetheless, our labor force situation is alarming, and it will significantly slow our pace to recover full, pre-pandemic employment levels,” Swenson explained.

He said rural labor force issues are decades in the making. Iowa’s relatively stagnant population growth is at the root of the problem.

“Most of Iowa’s counties reached their peak population levels before 1940 and have been declining since,” Swenson said.

As in the case with Jackson County, much of the workforce in rural area commutes out of county to work, Swenson said. “Counties that are too distant for reasonable commutes are the counties that are declining the most (Pocahontas, Adams, and Audubon as examples).”

Rheingans said that about 2,100 residents commute from DeWitt to work in larger cities such as the Quad Cities, Cedar Rapids, and Dubuque. However, about 2,300 employees from smaller towns such as Delmar, Preston and Charlotte also commute to DeWitt to work, most of them in the manufacturing sector, she said. If those people aren’t living in the smaller towns, there are even fewer employees for the larger towns like DeWitt, which directly contributes to the vibrancy of the community, she said.

“The industrial park supports a strong tax base for the community,” and fewer employees could lead to eventual closures or a decrease in the tax base, Rheingans noted.

“We have about 600 to 700 less workers in the county,” he said, noting that the last major workforce shortage came in 2018-19, when numbers decreased by about 350 people. “What we’re seeing is double that.”

Every sector is searching

The pandemic has affected metropolitan and non-metropolitan areas about the same, Swenson said. He noted that rural areas such as Eastern Iowa are more dependent on agriculture and manufacturing, which have not been hit as hard as leisure and accommodation jobs.

“I think there’s a mix (of jobs needed), all across the gamut,” Sokolovich said of Clinton County. “Entry-level starting wages all the way to $20-plus per hour for entry manufacturing. And then there’s salary, too, which is much higher than what it would be for an hourly position.”

Casey’s General Store in Bellevue has been struggling to find employees for the past few months. The store has hung banners, scheduled walk-in interviews and other recruitment methods, but to no avail.

Economist Swenson said job data show rural hiring has bounced back a little more than the statewide average, but metro areas benefit from larger employment in businesses where staff can work from home.

Employers are utilizing every means at their disposal to attract prospective employees, including hiring and referral bonuses, multiple avenues of advertising, job fairs, etc.

“You’re seeing employers get much more creative with benefits and wages,” Rheingans said. “They are adjusting, they are pivoting.” In DeWitt, companies have become more flexible with shift schedules, increasing wages, offering floating holidays, and paid birthdays off.

“(The lack of candidates) has forced some manufacturers to increase their wages which I feel is an overall benefit for our community,” Sokolovich said.

“The recruitment side is pretty challenging,” noted Ed Odegard, Dynamic Tube CFO. He said Dynamic Tube has advertised in newspapers, on the radio and social media. The manufacturer is even hosting a job fair May 19. “We’re trying a lot of different things, and we’re going at it hard.

Some area service providers are being forced to think even more outside the box.

Imagine the Possibilities, the Maquoketa-based agency that provides community-based services to people with disabilities across the state, lost about 75 employees statewide last month, CEO Todd Seifert told the county Board of Supervisors last week.

Some staff and even administrators are working up to 80 hours a week to continue direct care needs, Seifert said. “If we didn’t have the dedicated, committed people we have, we’d be shutting down operations in all kinds of places across the state.”

Imagine the Possibilities is offering referral bonuses and still few nibbles. Seifert last week planned to meet with other similar agencies to discuss hiring an international recruiter to bring in workers from other countries to fill staffing needs.

The company is even willing to consider offering daycare services for employees’ children or buying an eight-plex to house workers.

“We have to look at every opportunity to employ people,” Seifert said.

Some employers hope ending the $300 weekly federal unemployment benefit in Iowa will provide a boon in applicants.

Shortly after the pandemic reached Iowa in March 2020, the federal government offered expanded benefits to the unemployed.

“It’s tough to compete against that,” Odegard said.

On May 11, Gov. Kim Reynolds announced Iowa would no longer accept additional unemployment assistance from the federal government. That means the extra $300 a week will end June 12 for Iowans on unemployment.

Sokolovich is empathetic to those who use the federal benefits but hopes the governor’s move will be a catalyst for change.

In Bellevue, Ernst applauded the governor’s move. “I think it’s a wonderful thing and it should have happened a long time ago.”

“… paying people to stay home instead of work — this is a huge issue and barrier to long-term economic growth. Economic polices that discourage people from working will pull down our economy.”

However, not everyone agrees that cutting federal aid is the answer.

Charlie Wishman, president of the Iowa Federation of Labor AFL-CIO, says the employee shortage is a long-term problem in Iowa.

“Cutting unemployment is punitive and doesn’t solve our problems in the long term,” Wishman explained. “Iowa needs to change its course economically, take steps to raise wages and benefits, make Iowa a good place to raise a family, and actually invest in our education instead of defunding it.”

Swenson expects to see “a wave” of bankruptcies over the next year, many of which could take place in rural areas among small retail and service providers due to collapsed demand.

“Close to three-quarters of Iowa’s counties did not grow last decade, and it is among those that I worry that many failed enterprises won’t be replaced,” Swenson explained.

“We already see strong wage adjustments in food processing manufacturing as a consequence of the pandemic, and we are also seeing the beginnings of wage increases in the dining and drinking industries as they work to re-acquire workers in businesses that are less safe within which to work,” Swenson said.

Area employers said they are more than ready for a full staff and workload.

“I believe that it’s time to get back to some sense of normalcy,” Sokolovich said. “… Everyone is seeking talent. … But those who are capable, now is the time to get out there.”

“I am optimistic,” Crist said of Wendling Quarries’ employee prospects. “We have a lot of applicants. It will turn around.”