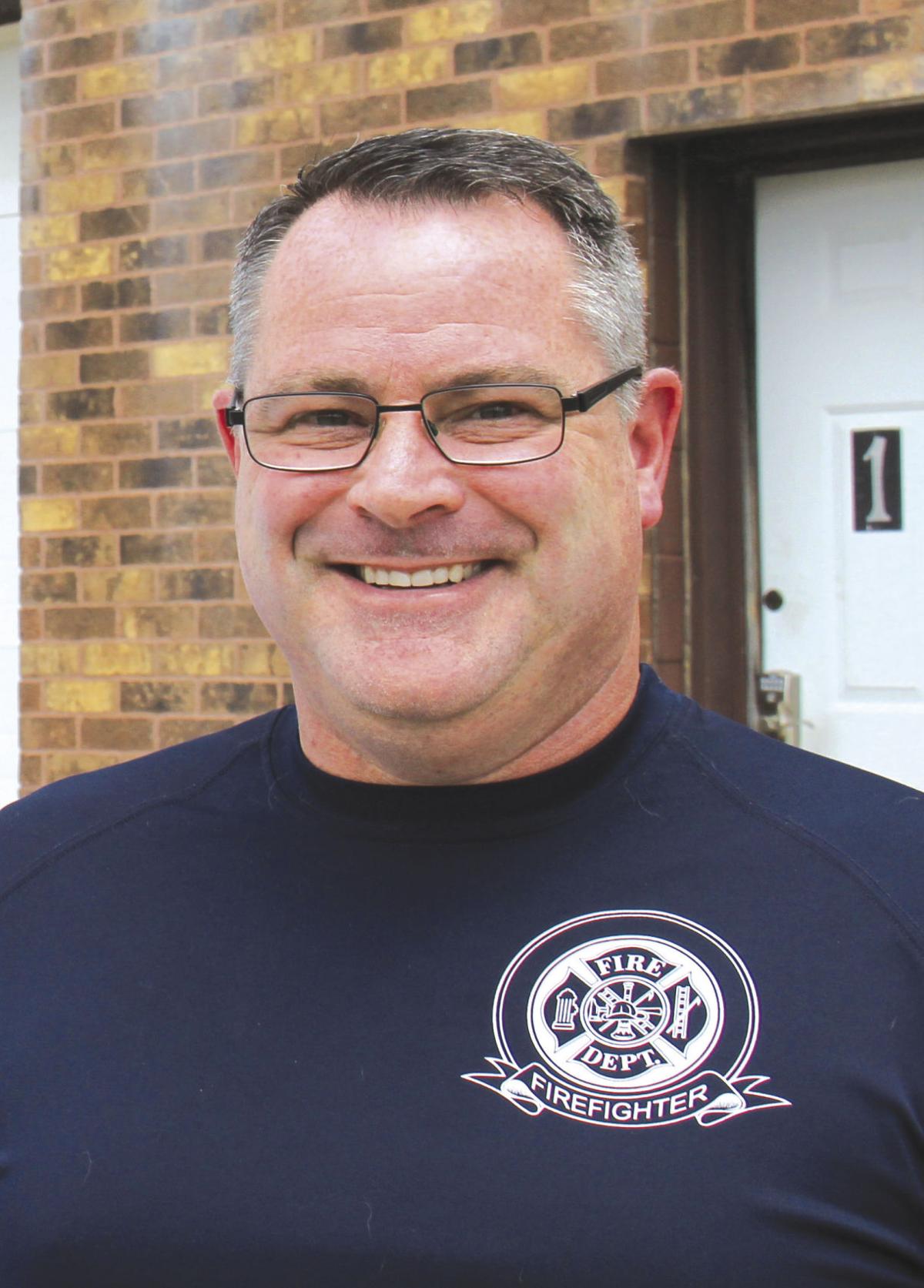 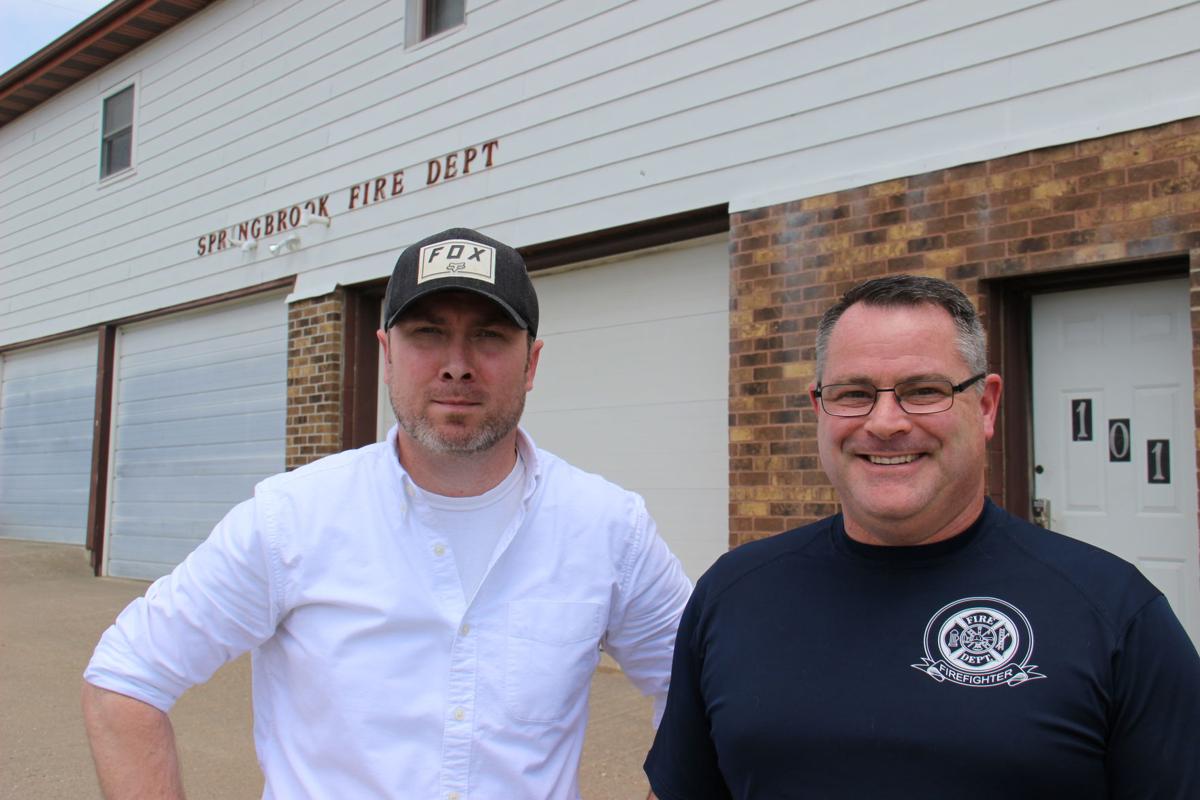 Jackson County EMS Coordinator Ryan Conley, left, and critical care paramedic Joe Deppe have been working for five years to get the state to approve a service which will allow paramedics to carry advanced life support equipment with them, bringing life-saving care to rural areas. That program could go into effect this month.

Jackson County EMS Coordinator Ryan Conley, left, and critical care paramedic Joe Deppe have been working for five years to get the state to approve a service which will allow paramedics to carry advanced life support equipment with them, bringing life-saving care to rural areas. That program could go into effect this month.

Critical care paramedic Joe Deppe lives around the corner from his mother-in-law, but he couldn’t do much more than hold her hand if disaster strikes, he said.

Deppe is on the volunteer EMS squad in Springbrook, but he wouldn’t have his equipment or life-saving medications with him, and Springbrook EMS isn’t licensed at a paramedic level.

Now, after five years and “100 different iterations” with the state, Springbrook is planning to go live this month with a “minimum staff, non-transport” service that will allow volunteers to respond from wherever they’re at with advanced life-support tools and training.

“No one’s ever done this before,” said Ryan Conley, Jackson County EMS coordinator. Conley has been instrumental in developing the model and working with the state for licensure.

The program will be the first of its kind in the state. If the model grows, it could save lives across Iowa, especially in rural areas that are home to medical professionals who work elsewhere, Conley said.

In parts of western Iowa, for example, a patient might be more than an hour from a doctor. “Time is what we’re fighting against,” Deppe said. “We need to get to people faster.”

Deppe was one of many off-duty medical personnel who rushed into action when a team of horses panicked in Bellevue’s 2010 Heritage Days parade, killing one person and injuring about two dozen more.

“It was that moment when I went, holy crap, I have no equipment. I have nothing,” he recalls. “That’s when you realize, you can be the right person at the right place at the right time, but how do you get equipment to them?”

Springbrook is now fundraising for the $2,000 bags of medication and equipment that can travel with paramedics, allowing them to respond to emergencies from wherever they’re at with advanced life support tools. Those who wish to contribute can do so via the paramedic response account at Bellevue State Bank.

Both Conley and Deppe emphasized that members will be expected to complete a high level of training. Kevin Takacs of MedForce has offered to train participating Springbrook paramedics to the level of their flight medics, including ongoing training and offering the equivalent of a “flight crew on the ground.”

Conley emphasized the high level of training involved. “Here’s the bar,” he said. “We’ve got to get you above that bar.”

Doing more on the ground before a flight crew arrives can mean patients get to a hospital setting more quickly.

“When the helicopter lands, we can have the patient stabilized for flight, intubated, pain managed, so when the flight crew hits the ground, they don’t have to do those things,” Deppe said. “They can grab that patient and go. It’ll save a lot of time.”

For a Springbrook paramedic to respond, the local department should call for them. The response won’t be limited by county lines, which is a boon to county border areas such as Delmar.

Those who wish to participate should already be at a nursing or paramedic level. Ideally, about 10 people could be trained to provide advanced life support to much of the county within a five-minute drive. The northwest corner of Jackson County may prove especially challenging.

“If one person’s in the right place at the right time, and we save one life, it’ll be worth it,” Deppe said.

Deppe credited the county for hiring Conley to coordinate EMS in the county, as well as Springbrook EMS, especially Chief Dan Zeimet, for their full support, including willingness to take on insurance costs and risks.

Partly cloudy skies. Gusty winds during the evening. Low near 35F. Winds NW at 20 to 30 mph.